Tudor Manor Homes for Sale in Bel Air MD
Compass Home Group of Keller Williams American Premier Realty
Call or Text 443-360-0086
Welcome to Tudor Manor! Tudor Manor is an established community in Bel Air, MD made up of single family homes built, mostly, in the early to mid 90's. Tudor Manor is home to mostly brick front colonial style homes with plenty of square footage. Tudor Manor is located just off of Route 543 and Thomas Run Road behind C. Milton Wright High School. With such a convenient location, Tudor Manor is local to Route 543, Route 22, Route 1 and Interstate 95, and only a short commute to Aberdeen Proving Grounds. Let's check out some more information on Tudor Manor home sales now.
With just over 210 single family homes in Tudor Manor, it's not a surprise that only four homes have sold in the past 12 months, from the date of this posting. Tudor Manor's single family colonial homes are actually outpacing the real estate market in Harford County over the past 12 months, with regards to the average days on market. The average days on market for homes in Tudor Manor is currently at 89.25, with the last 3 selling actually selling in less then 55 days!! Tudor Manor's average listing price is currently $418,350 with the average home selling for $406,875 or 97.24% of the listed price. Days on market were definitely effected by the original listing price and condition of the home. For more information on homes selling in Tudor Manor contact the Compass Home Group today, 443-360-0086, or browse homes for sale in Tudor Manor now. 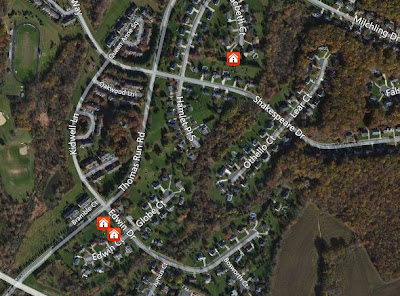 Be sure to follow the Compass Home Group blog, to stay current on market data, new listings, and housing trends throughout Harford, Baltimore and Cecil counties. Call or text 443-360-0086 for more information on buying and selling Maryland Real Estate. Tim Langhauser and Michele McCartin, founder of the Compass Home Group, are happy to help bring your dreams home.
For a free market report on the value of your current property
Search all Maryland Properties for Sale
Follow us on Facebook

The data relating to real estate for sale on this website appears in part through the BRIGHT Internet Data Exchange program, a voluntary cooperative exchange of property listing data between licensed real estate brokerage firms in which Compass Home Group LLC participates, and is provided by BRIGHT through a licensing agreement. The information provided by this website is for the personal, non-commercial use of consumers and may not be used for any purpose other than to identify prospective properties consumers may be interested in purchasing. Real estate listings held by brokerage firms other than Compass Home Group LLC are marked with the IDX icon and detailed information about each listing includes the name of the listing broker.
©2020 BRIGHT, All Rights Reserved. Information Deemed Reliable But Not Guaranteed. Some properties which appear for sale on this website may no longer be available because they are under contract, have Closed or are no longer being offered for sale.
Data last updated: Oct 26, 2020 2:03:am.